So it’s just two years since our playboy ‘Ginimbi’ Kadungure died in his Rolls Royce on the way home from all night revelling and drinking at his now closed Harare nightclub.

Quite where his ostentatious lifestyle came from is mired in mystery. Squabbles persist over who gets his mansion, his undamaged mega cars and any riches the multi-polygamous 36-year-old might have left behind.

Typically in Zimbabwe, he was much admired by the majority. No-one threw stones at his Rolls or his Lamborghini or jeered at him. It was reverence for success, however achieved. In the local psyche, there is a curious respect rather than disdain for the wealth of a minority.

Way back when, 1982 to be precise, businessman Samuel Paweni got jailed after a US$ 6 million fraud, a very big shedload of money in those days, on grain imports during times of drought. He took the fall for a bunch of leaders in the new 1980 Independence government.

Next, up crept the ‘Willowgate’ saga where scarce new cars from the Willowvale assembly plant were bought by politicians at cost price and resold for profit. Current foreign minister Freddie Shava was sentenced to imprisonment in court for involvement but immediately received a presidential pardon. No prison garb for him. The only honourable minister, Maurice Nyagumbo, fell on his metaphorical sword in shame after being implicated … he drank rat poison.

Willowgate was exposed by The Chronicle in Bulawayo more than 30 years ago; it was the beginning of the end of already limited press freedoms.

It has been downhill ever since in a litany of other scandals. Never has the leadership been made to atone for wheeling and dealing that has bled the economy dry. 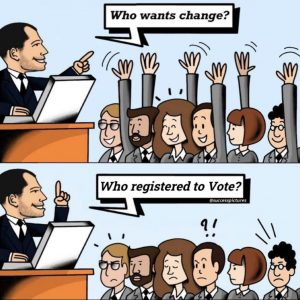 Perhaps hope for a cleaner, more transparent future lies in voter registration by younger generations. A national ID card is needed to register but getting one is controlled by those in power. Quite simple really.

One of many excuses to paupers who have slept in queues in hopes of securing an ID is that materials to make the cards have run out. Typical.

The excuses come from those with big cars and who, like Ginimbi* did, live in luxury.

In the animal kingdom, herd migrations are led by the young. The old and infirm are left to fall behind and finally die off.

Let’s take note of that but remain mindful that scandal-ridden human oldies have money, guns and control over all the man-made instruments of state – the police, army, judiciary, you name it – to stay at the front of the herd.

*Real name Genius Kadungure. Ginimbi, the name he chose, has no literal Shona translation but implies grandeur and social standing and helped him to be known as the King of Bling. ( things luxurious, materialism, flashy jewellery, accessories etc.)