One local paper reported it like this, gun powder was found alongside weed and drug smoking paraphernalia during a police bust in our second city of Bulawayo.

Gun powder? That would surely blow your mind.

From a generation once well schooled in the use of recreational drugs, it is difficult to imagine what gun powder was doing in this Bulawayo stash house, unless it was for making little whiz-bangs for thrills or maybe small-time robberies or just to scare away the people next door.

Hard to imagine it could be used for home-made ammunition. It probably came from cheap Chinese fireworks easily available from street sellers. 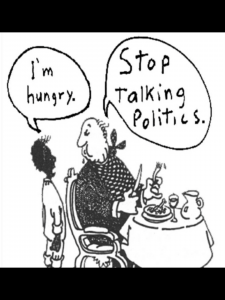 Of the drugs themselves, abuse and addiction are soaring across southern Africa, particularly among the poor, the unemployed and anyone affected by our crashing economies.

It goes like this. How are you feeling today? Pretty bad actually, penniless, hungry, tired and fed up, no job. Try this, it’ll make you feel better.

And it does for a bit, then the pennies have to be found to buy more stuff,  leading to theft and prostitution. The stuff is cheap spirit alcohol distilled in buckets on an open fire, head-spinning cough mixture in tiny two-tot bottles that goes down in one 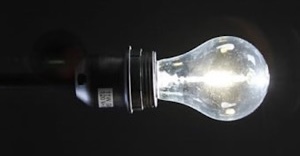 chug, unregistered or expired prescription drugs and the weed, of course, that grows wild here and proliferates like real garden weeds.

Then on to sterner stuff – cocaine heavily cut with soap

powder and anything else at hand and smoked, crack style, in broken up light bulbs made into a pipe. (New energy savers are especially useful for their u-shapes snapped off that lend themselves to making a taped up mouthpiece.)

Sound familiar? But we have also discovered a Do-It-Yourself high with crystals of the drying agent silica gel found in packaging and, of all things, diapers. The trick is to pick up soiled diapers, wash them, scrape out the silica then boil it, dry it out and smoke it.

What little proper rehab we have is expensive and young drug wrecks usually end up ‘cold Turkey’ in jail or in a Dickensian “psychiatric ward” in the hospital where, more often than not, they are chained to a railing to go through the agonies of withdrawal. After riding an elephant, as we say here, it kicks your brains out when you get off it.

Once long ago my friends and I had a fix of heroin. It was nice, too damned nice, we felt on top of the world. But there and then we decided to run away from it as far and as fast as we could. We had our privileged futures to think about and look forward to.

Alas, many of the impoverished in these southerly parts don’t think they have a future to look forward to right now.