A spider fell into the bath tub and couldn’t get out. Daddy Long Legs, we used to call them when we were kids. I gently got him out on a piece of soft paper and put him on the windowsill to find  a way home, wherever that might be. Next I look: fallen into  the sink and can’t get out again. We go to another windowsill. Next I look: instead of going home, he has fallen into a waste paper basket beneath and is dead.

Maybe there’s a parable in this somewhere. Is this about giving up when overwhelmed by circumstance? Or maybe Daddy Long Legs was just too old.

House spiders can generally live for about two years and often die after mating for one last time, according to experts. Going out with a bang, so to say, to keep the species procreating.

The Americans at Cape Canaveral have just shot a meteorite out into space in a practice run in case a bigger one plummets to earth. An asteroid – a break away piece of it is called a meteorite – is credited with whacking this planet 60 million years ago, sending into extinction dinosaurs and other prehistoric beasties and partly causing earthquakes and climate change that destroyed their sumptuous habitat.

Looks like we are heading that way after a couple of thousand years of civilisation. Hurricane Ian has thrashed Cuba and Florida, the worst ever 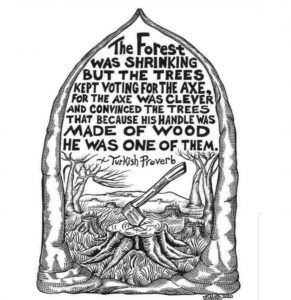 to hit the US, says Mr Biden. There are weather disasters all over the globe.

As to the human condition itself and how good people can be turned, I dug this out the other day.

The phenomenon of cruelty, recklessness, war mongering and suchlike is caused by power and authority, said a Stanford University psychology research team. They randomly chose nice, ordinary students from all social and ethnic backgrounds for an experiment in which they were divided into two groups in an enclosed wing of confined offices at the college.

One group was given baseball bats and uniform-type clothing and told to be enforcement; the second group was told to be prisoners..

It became apparent that the enforcers, given power, soon became irrational and bullying and then downright dictatorial and violent. The other group suffered feelings of hopelessness, betrayal, depression, resentment and eventually hate towards their  enforcement classmates. Violence towards them, both physical and mental, intensified the more they resisted being submissive.

The researchers had to shut down the experiment before it got out of hand and families and social care people had to intervene.

Most house spiders, by the way, are harmless and non-aggressive. My deceased Daddy Long Legs wouldn’t have survived long enough for that last deathbed coupling if he was in a crumbling, shell-devastated building in Ukraine.